They say you often learn a lot about yourself in your lowest moments.

How you respond to setbacks, rejection and frustration forms the basis of that all-important comeback.

October 24, 2020 is a significant date for Michail Antonio.

West Ham United’s 1-1 draw with Manchester City that day remains the last competitive fixture in which Antonio sustained one of the hamstring injuries that were once a frustratingly frequent part of his career.

Despite scoring a memorable, acrobatic goal that day at the London Stadium, the striker felt he needed to change his eating habits, lifestyle and exercise routine to try to prevent such spells out of action in the future.

Sidelined for five weeks on that occasion, he sought advice from the club’s performance department. 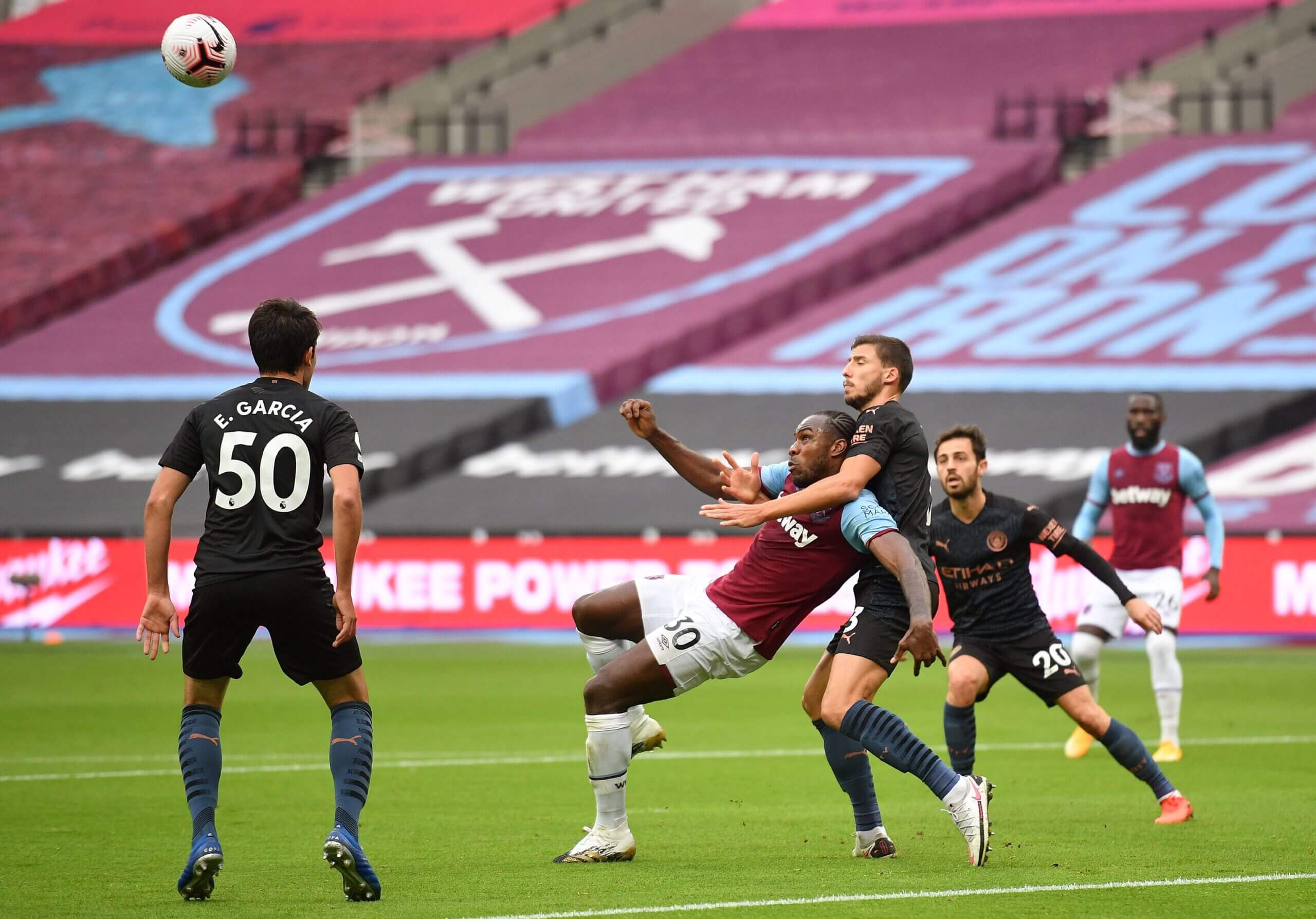 They adjusted his day-to-day diet to ensure he was taking on board sufficient calories to fuel an elite professional athlete, while stressing the importance of nutrition and how it could enhance both his performance and recovery while reducing the risk of further injuries.

There were times when Antonio carried fatigue into both games and training sessions, which affected his efficiency of movement. This in turn would often lead to niggling injuries.

The West Ham backroom team wanted to address the issue.

They collected data from the former winger and highlighted that he wasn’t eating enough polyunsaturated fat, advising him to increase his intake of fish to correct that. As Antonio was also not consuming basic vitamins and minerals at recommended levels, he was asked to add fruits and vegetables to his diet. He was advised to reduce the amount of fatty meats such as beef and pork he ate and, in turn, decided to cut out red meat altogether.

Antonio, who became a Jamaica international last season, has become so disciplined regarding his food that he now only eats chicken sporadically during the football season.

His body composition has changed. He is leaner these days, with less body fat and more lean mass.

He has been the club’s only recognised first-team striker since Sebastien Haller’s move to Ajax a year earlier and manager David Moyes is keen to improve his forward options with Armando Broja, the Chelsea youngster who impressed on loan at Southampton last season, and Sassuolo’s 23-year-old Italy international Gianluca Scamacca both targets in the remaining six weeks of the summer window.

But Antonio would relish competition provided by any newcomer, given his achievements last season.

He scored 13 times in all competitions — his best goals haul since joining from Forest in the summer of 2015. Of the 47 appearances he made, 45 were starts — the most he has managed in a single season as a professional. Antonio also overtook Paolo Di Canio to become West Ham’s all-time leading Premier League goalscorer.

He was rested for half of West Ham’s six Europa League group fixtures, suspended for the Premier League defeat by Manchester United in September and missed the Carabao Cup quarter-final loss to Tottenham just before Christmas due to COVID-19 having not been in the matchday squad for the club’s previous two ties in that competition.

“It’s Michail who has done this, with the help of staff,” West Ham’s first-team fitness coach Josh Ewens tells The Athletic. “He has bought into everything and his lifestyle is unbelievably professional now.

“He never misses an opportunity to go to the gym and we’ve played around with his programme a little bit over the years by trying to align the scientific research with what’s worked well for him.

“He has a higher chronic training load (an ongoing average of his daily exercise) than he’s ever had before. His conditioning level is a lot higher because of it, whereas before he was getting fatigued and that’s when you’re at risk of picking up problems. His conditioning is better than it was, which means he’s no longer really exhausted at the end of games.

“We test the players’ hydration regularly through the week and across the season. I don’t think Mich has failed a single hydration test all season, which is quite something. Mich looks after himself incredibly well now, so it’s been a combination of factors.”

“I did some studying and realised a lot of people are becoming vegans because they believe it keeps them clear of injury,” he has said. “What I’ve found in my research (about a plant-based diet) is that this is to do with the alkaline balance in the veg, and obviously vegans have more of that in their diet.

“I’ve not become completely vegan – I still have my chicken and my fish – but I eat a lot more greens and get a lot more alkaline in my meals, which helps to heal the muscles after games.”

Antonio has made 228 appearances for West Ham in his six seasons, scoring 61 goals. But according to Transfermarkt.com, he has missed 65 games in that time through injury. The detailed record of his absences shows he has been plagued by hamstring issues.

Aside from adjusting his diet and drinking more water, Antonio has benefited from doing full-body workouts which include single-leg Romanian deadlifts and split squat jumps.

At 32, 13 years on from his senior debut, Antonio is the fittest and strongest he has been in his whole career.

The number of fixtures he played last term is a reminder of West Ham’s over-reliance on Antonio, brought about by the shortage of options up front.

But it is to his credit that he was a dependable member of the team and, most importantly, appeared to show that his rotten luck with injuries is now firmly in the past.