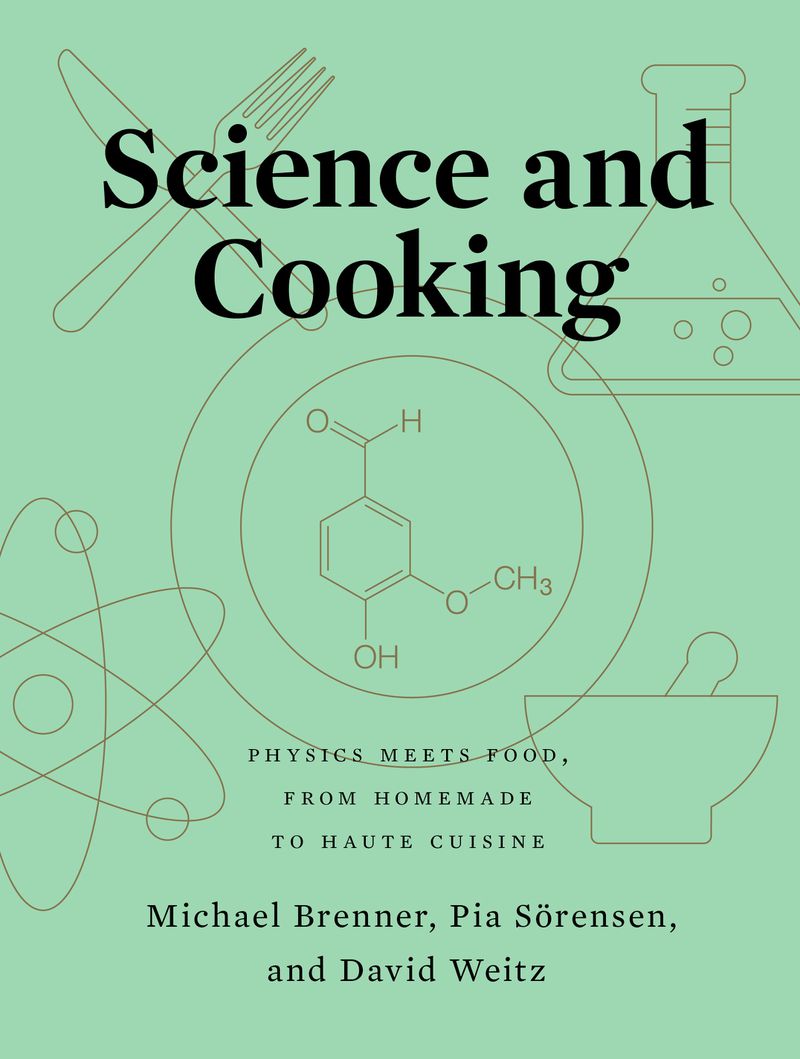 “Science and Cooking” is all about physics and chemistry, which is what the professors teach and research. But the true topic is how and why recipes work. The first example in the book is a deconstruction of a “standard” chocolate chip cookie recipe versus chef Christina Tosi’s Cornflake Chocolate Chip Marshmallow Cookies. But don’t fear, it becomes a fun and tasty lesson on texture and flavor molecules.

One of my favorite recipes in the book, chef Carme Ruscalleda’s Crema Catalana, comes from the chapter on Texture, Flavor and Elasticity. It turns out that an egg is an example of a heat stable gel. And as anyone who’s fried an egg knows, and the authors explain in detail, “once the gel of a solid egg is formed, there’s no going back.” But gentle heat plus other ingredients can coax the eggs into creamy deliciousness. 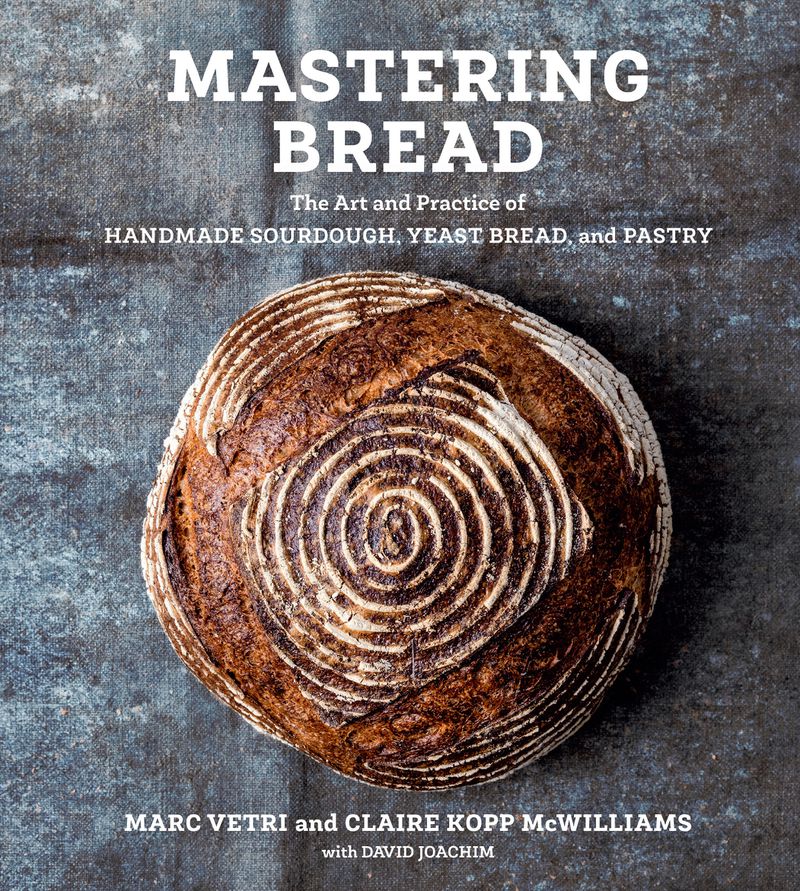 Unlike my grandmother and mother, I’m not much of a baker, especially when it comes to bread. I know sourdough has become the signature loaf of the pandemic, but it’s not my thing.

Vetri is the founder of the Cucina Bread Program “part of the American movement to reclaim high-quality bread as a cornerstone of our food culture.” And the book offers a complete course through chapters on grain, mixing, fermentation, shaping and baking.

But of all the information and inspiration to be found, the explanation of why serious bakers measure ingredients by weight instead of volume is key. I’m convinced that everyone who buys this book, or bakes a bunch, needs to buy a digital scale.

Beyond the realm of heavenly yeast bread and rolls (like my mother made), the recipes that fascinated me most were soft pretzels, and an Italian version of hard pretzels called Taralli. Yes, there’s shaping and boiling and baking to be done, but the loop shape is super cool, and the crunchy end product is perfect with beer, chilled wine or cocktails. 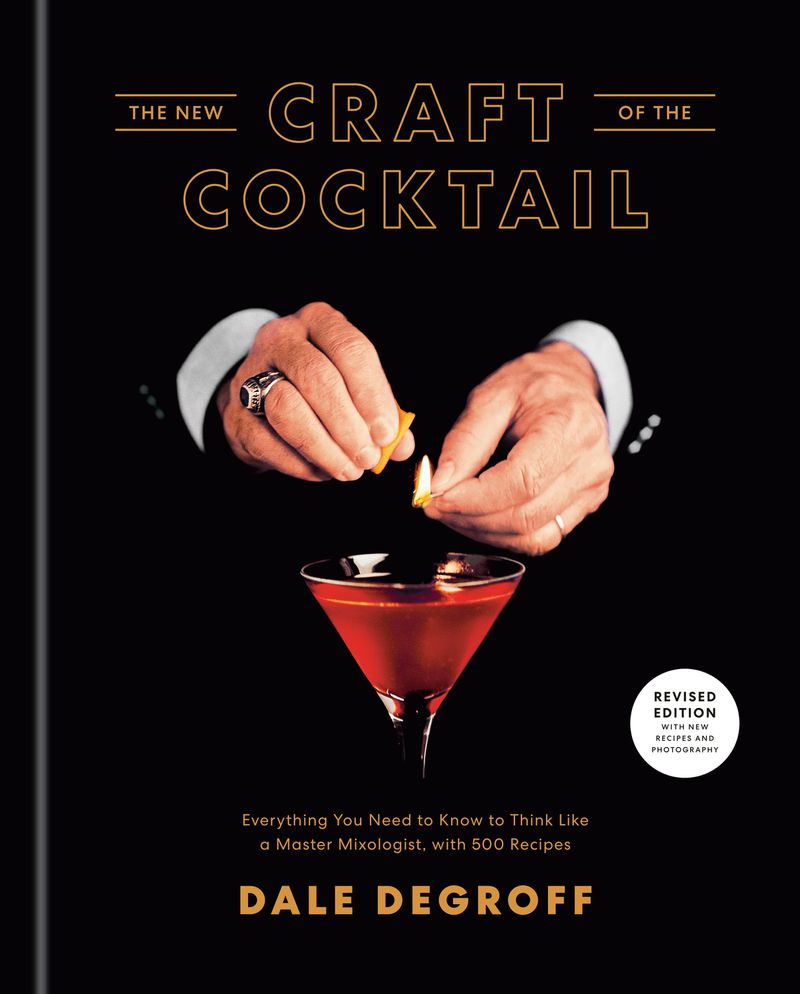 “The New Craft of the Cocktail” by Dale DeGroff (Clarkson Potter, a division of Penguin Random House, LLC).

Speaking of drinks, Dale DeGroff’s “The New Craft of the Cocktail: Everything You Need to Know to Think Like a Master Mixologist” (Potter, $35) is a tutorial in the art of bartending. DeGroff worked in New York’s Rainbow Room at the top of 30 Rock, and Windows on the World on top of the World Trade Center. He released the first edition of his book, “The Craft of the Cocktail” in 2002, but the 9/11 attacks made the timing “so right and so wrong,” he writes in the intro.

Nonetheless, DeGroff became known as a founding father of the modern cocktail revival, and a major influence on a new wave of bartenders and cocktail bars. What’s more, he and his wife, Jill, are the co-founders of the Museum of the Cocktail in New Orleans. 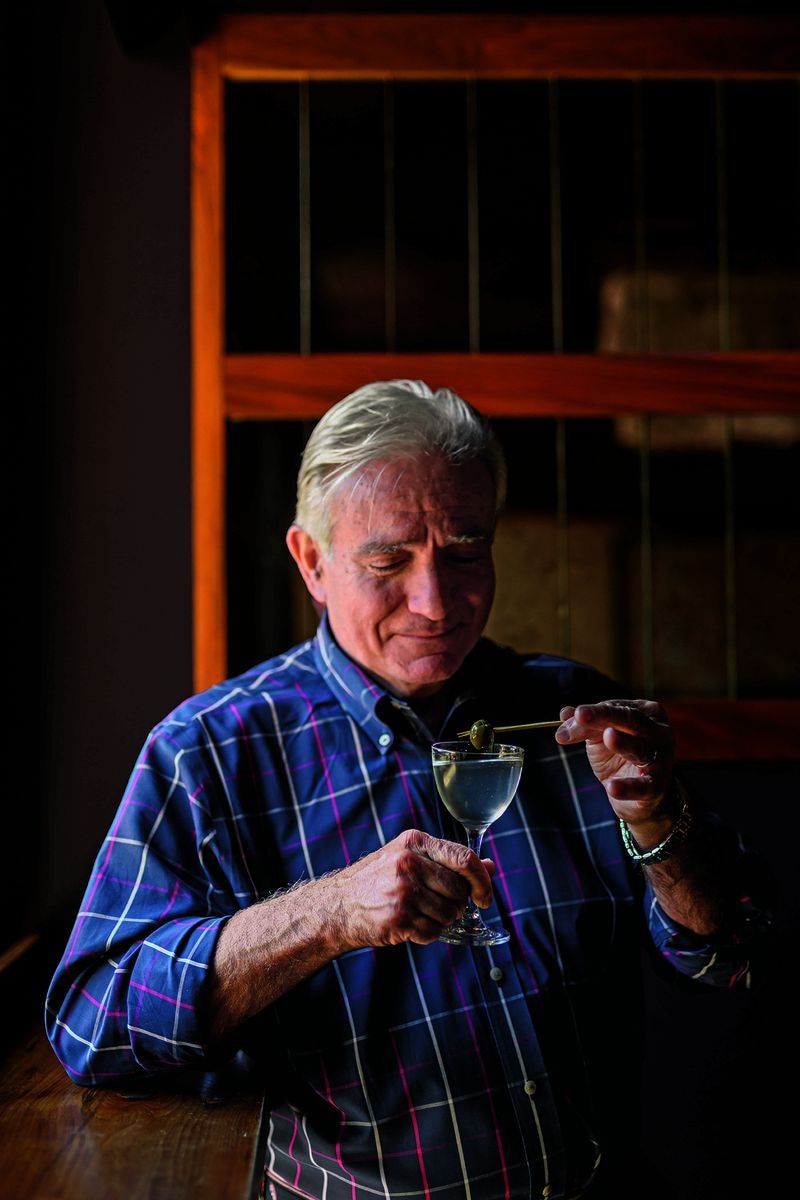 Dale DeGroff, known as a founding father of the modern cocktail revival, offers a tutorial in the art of bartending in “The New Craft of the Cocktail.” Courtesy of Daniel Krieger

“The New Craft of the Cocktail” includes chapters on history, ingredients, tools and techniques. Not surprisingly, though, the heft of the hardback book is in the recipes, which include lots of helpful notes and interesting anecdotes.

Though I’m much more of a bourbon guy, I’ve become interested in the complexity of scotch cocktails. DeGroff features two versions of one of my favorites, the oh-so-Scottish Bobby Burns. The variations in the spirits are fascinating, and he serves them both with a shortbread cookie for a garnish.

These recipes from three new cookbooks serve up science, along with a delicious Spanish dessert, a surprising Italian snack, and two versions of a classic Scottish cocktail. 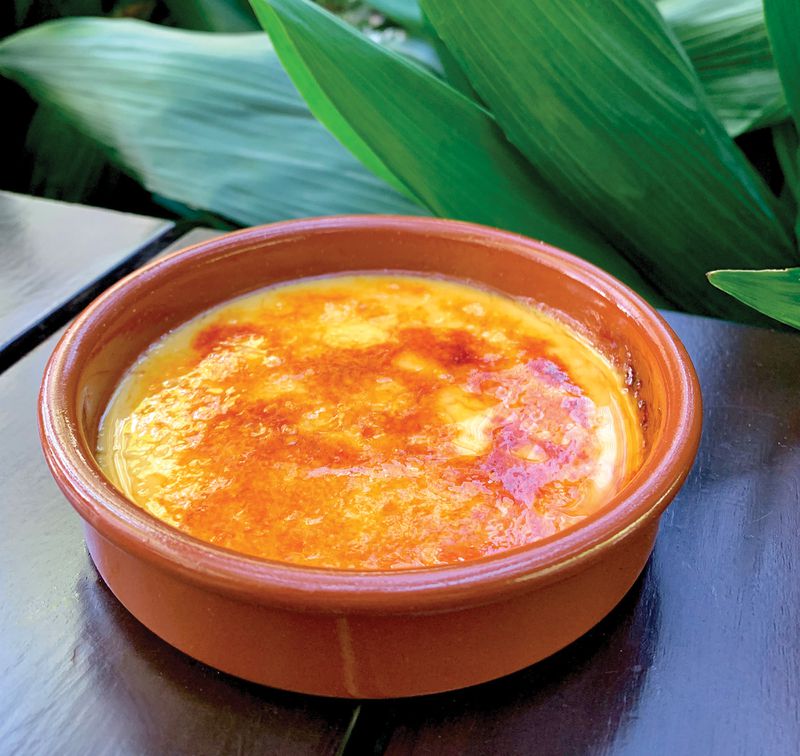 This crema catalana is the Spanish version of crème brûlée. The secret to the smooth silky texture of this dish is this: When eggs are heated quickly as in hard-boiled eggs, certain egg yolk proteins become scrambled by aggregating with each other. But in the environment of gentle heat, diluted with milk along with some sugar and flour to coat the proteins, the yolk proteins eventually form a fine network that gives the custard its elasticity. Crema catalana is an excellent example of how certain molecules can be coaxed toward a specific result by providing the correct conditions. 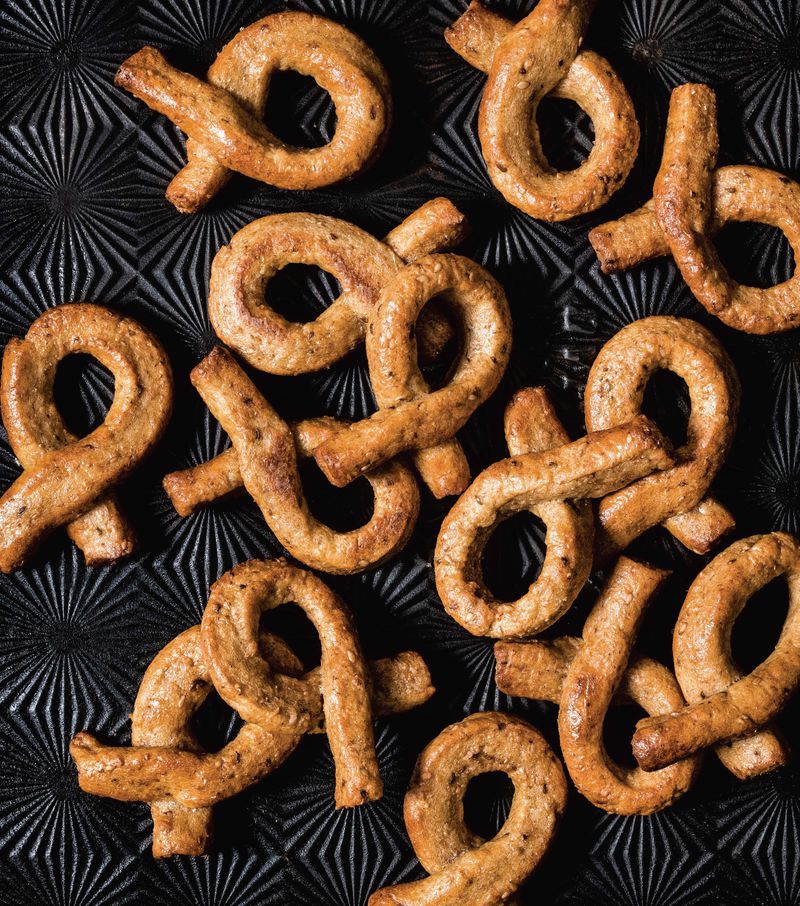 Italy’s answer to hard pretzels, Taralli are especially popular in Puglia. They’re boiled before baking, similar to the process for making bagels, which sets the crust before these crunchy snacks even hit the oven. The loop shape makes it easy to pick them up and dunk them in chilled wine. 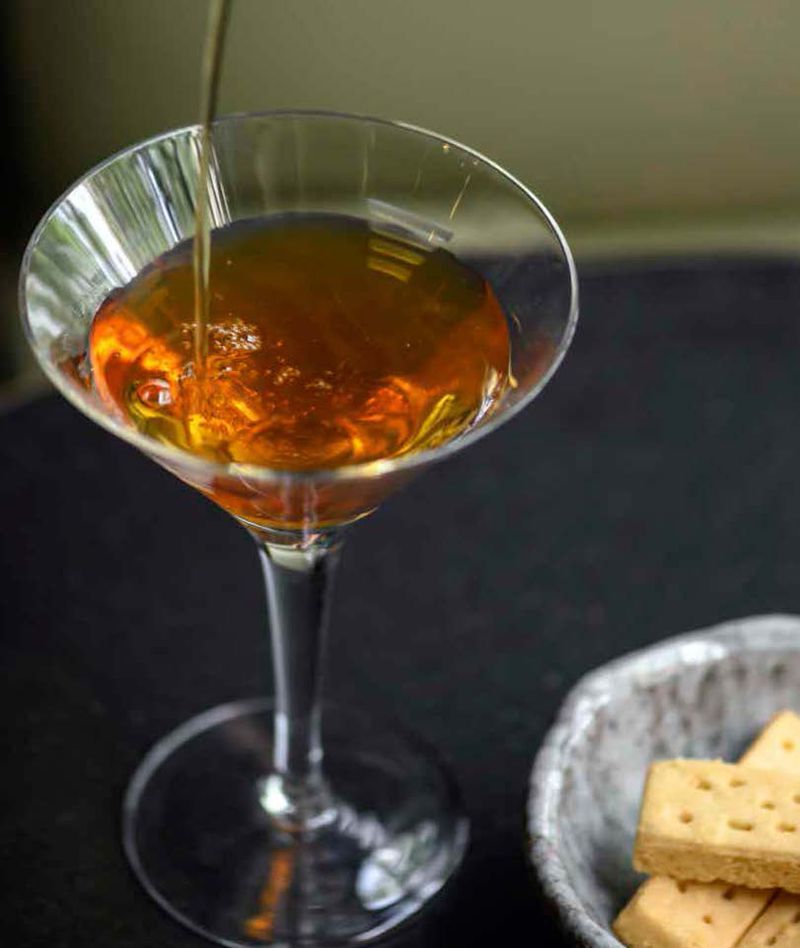 Frank Meier’s version of this drink in “The Artistry of Mixing Drinks” (1936) calls for one part sweet vermouth and one part dry vermouth.

Per serving: Per cocktail: 206 calories (percent of calories from fat, 0), trace protein, 5 grams carbohydrates, no fiber, no fat (no saturated fat), no cholesterol, 2 milligrams sodium.

This variation on the theme was created by Naren Young for Saxon + Parole, New York City.

Per serving: Per cocktail: 206 calories (percent of calories from fat, 0), trace protein, 5 grams carbohydrates, no fiber, no fat (no saturated fat), no cholesterol, 2 milligrams sodium.

Reprinted with permission from “The New Craft of the Cocktail” by Dale DeGroff, copyright © 2020. Photographs by Daniel Krieger. Published by Clarkson Potter, a division of Penguin Random House LLC.

what is an llc business