Pukka and Ginsters have collaborated with alcohol models to develop tipple-infused savouries.

But they are not the only bakery brands finding into the spirit in advance of the summer.

A host of bakery NPD from snacks to biscuits has strike cabinets in a bid to perk up picnic baskets.

We decide on some of the warm picks beneath. 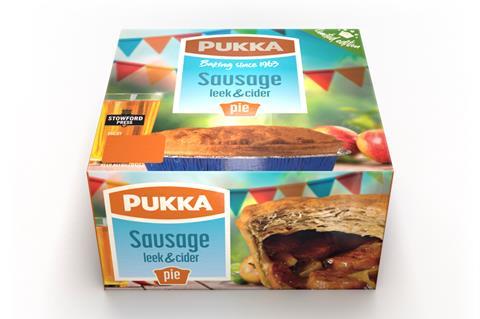 Obtainable now, the savoury snack is created with 144 layers of puff pastry, slices of pork sausage, diced leeks and apples and golden Stowford Push Cider gravy. The pie, which is on sale in Morrisons (rsp: £1.89/213g) is currently being bought in a summer season-themed box illustrated with bunting and a pint of cider. The shift follows a successful collaboration involving Pukka and Marston’s past year.

“Since adding Pedigree into our Steak & Ale recipe previous calendar year, retail sales have greater by 32% and we assume our delicious Sausage, Leek & Cider pie to be just as thriving,” Rachel Cranston, head of advertising and innovation at Pukka, claimed. “We’re specifically assured due to the fact in our independently commissioned client study into how buyers sense about certain flavour profiles, Sausage, Leek & Cider performed strongly – primarily with our younger pie fans.”

Ginsters has also collaborated with an alcohol giant to pep up its savoury slices. The pasty maker has joined forces with Guinness to launch a Ginsters Smoky Steak & Guinness Slice.

Designed by the brand’s Cornish-born head chef Chris Eden, the recipe is made up of 100% British farmed beef with potato, carrot, onion, swede, leek, chestnut mushrooms, black treacle, garlic and a measure of Guinness. The filling is explained to be brought jointly with a wealthy smoked salt infused gravy and wrapped in Ginsters’ hallmark 80-layer puff pastry. The slice is out there nationwide (rsp: £1.80).

“We’re all hunting for more exhilaration at the minute and lunch has come to be even extra important in our day,” reported Sam Mitchell, Ginsters’ running director. “We know customers are up for seeking new things and wanting for recipes with a change. It is our task to continue to keep the class fresh new and bring flavour-pushed improvements to the aisle for buyers.” 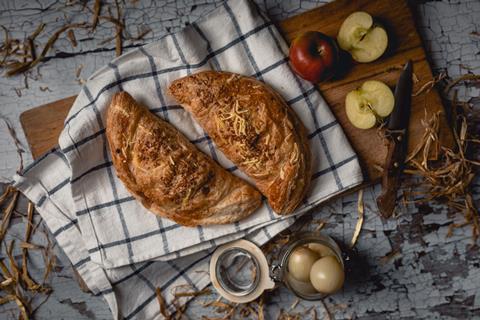 Chunk of Devon is launching a Vegan Ploughman’s Pasty later on this thirty day period.

The savoury merchandise is encased in a bogus bacon, vegan cheese, apple and Branston’s pickle and mentioned to “pack the same punch” as the bakery’s shortcrust Ploughman’s Pasty, which is also generating a return this summer time.

“With the picnic year upon us and the guarantee of a staycation summer ahead, we have been encouraged to mix two common English dishes to produce our delectable new Ploughman’s Pasty selection,” Simon Bryon-Edmund, Chunk of Devon director, stated. 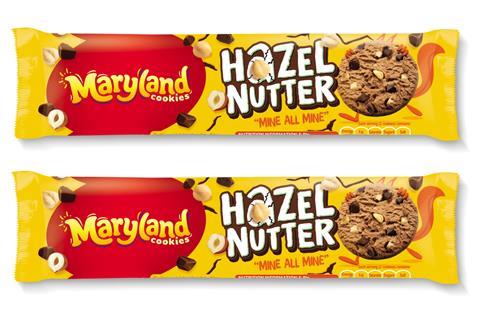 Burton’s Biscuit Co will be introducing a hazelnut variant to its a few-robust Maryland Kookie Crew range this month.

The Hazelnutter, which has the strapline ‘Mine All Mine’, is explained as a ‘perfect blend of roasted hazelnuts, chocolate dough and hundreds of chocolate chips’. The NPD joins the current It is Mint To Be and Jaffanator flavours.

The new cookies will start in Asda on March 24 and Tesco on April 22.

“Packed with persona, the Kookie Crew assortment celebrates the reality that Maryland is synonymous with kookiness, diverse to any other biscuit and giving consumers with an opportunity to delight in imaginative new flavour and texture mixtures,” reported Kate Needham, Burton’s Biscuit Co’s internet marketing director. 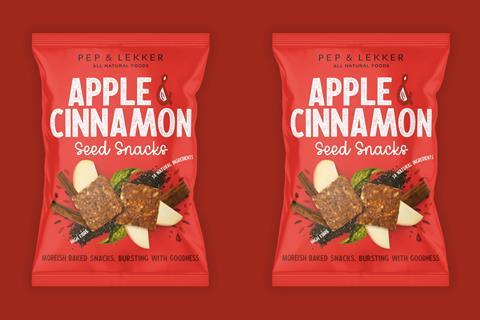 The products, which sit concerning a cracker and savoury biscuit, have a ‘crunchier format’ and now incorporate olive oil instead of sunflower oil, as well as much less chia seeds. Date syrup has also been additional to two of the sweet offerings.

“During Lockdown we ended up privileged sufficient to procure straightforward, significant feedback from a handful of ‘leading light’ shops impatient for us to just take the subsequent huge phase,” co-founder Susan Gafsen reported. “The broad consensus was that even though our gluten-cost-free treats showcased seeds in a bold, flexible snacking gentle, our well-intentioned quest to tick every possible wellbeing tick box had unwittingly dented our mainstream charm.”